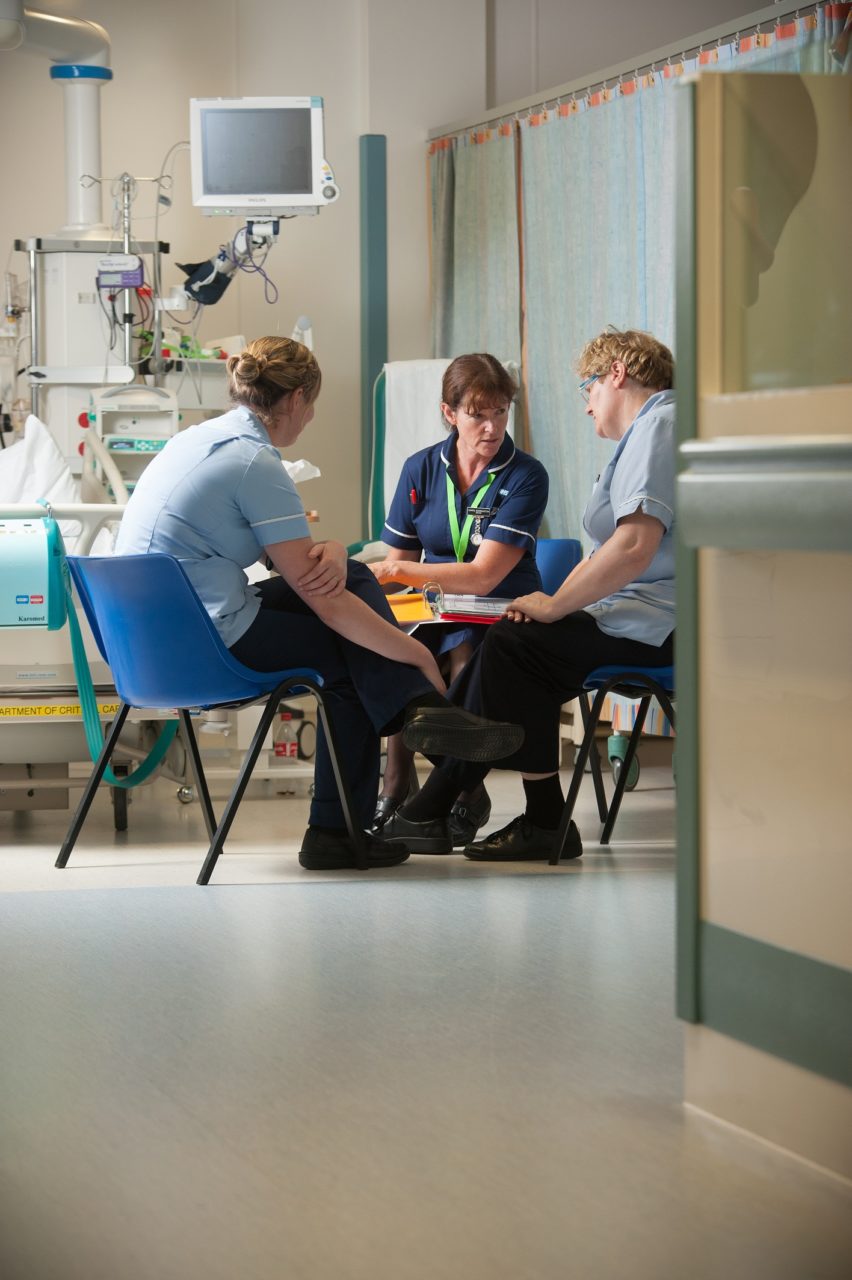 The Gloucestershire Royal Intensive Care Unit was established in the mid 1970’s. It was originally opened with 6 beds and, having undergone several expansion programmes over the years, now accommodates up to 14 patients. The unit, now named ‘The Department of Critical Care’ provides care for patients of all ages who require the more advanced therapies and support that is not possible on the general wards.

There are currently eight Intensive Care Consultants, one Matron and four Senior Sisters who manage the Department and they are supported by a dedicated team of Sisters, Staff Nurses, Health Care Assistants, Junior Doctors, Physiotherapists and Pharmacists, together with other health care professionals, as required, such as Speech and Language Therapists, Dieticians and Occupational Therapists. It inevitably requires a very large team of professionals to provide care and assist with recovery during and following an episode of critical illness.

In 2015 the Care Quality Commission (CQC) audited the Department of Critical Care, and found it to be ‘outstanding’. As there are very few units within the UK to receive such an accolade, we feel rightfully proud of our achievement. As well as receiving praise from the CQC, our staff have won several local awards over the past few years. This year, the entire Critical Care Team won the ‘Patient choice’ award, for the second time, which was shared by one of our Consultants, Steve Twigg, who received the award as an individual, having been nominated by the parent of a young child. Senior Sister Deborah Elliott won the ‘Katherine Felix Award’ for innovation in practice, again an award that has been previously won by staff within the unit.

The ICU charity was established in 1975 and its voluntary trustees comprise of a group of current senior nursing and medical staff as well as members of the local business community as well as an ex patient and a local GP.  The charity members meet twice a year and decide upon the most appropriate equipment to purchase, to compliment that bought by the Hospital Trust. Monies from the Charity also help to fund research projects and invaluable training for staff.

With the generosity of the public, often grateful ex patients and their families, the patients, relatives and staff all benefit from these additional funds and the Critical Care Team are all truly grateful.

This site uses cookies only to collect information about how visitors use our site. By continuing to navigate this site, you accept our use of cookies.Ok, i agree